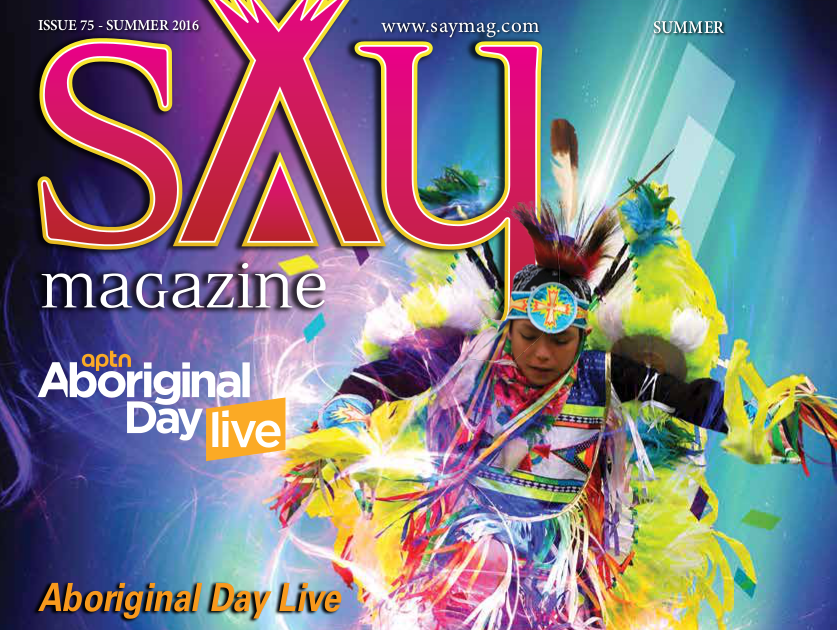 Where Will You Find the Brightest Point of Summer?

Gather together with APTN on Saturday, June 25

Aboriginal Day Live (formerly Aboriginal Day Live & Celebration) will transform the grounds at The Forks in Winnipeg into a daylong festival of free family-friendly activities. A free evening concert will feature a spectacular showcase of award-winning, and on the rise, Aboriginal performers.

The annual free event provides an opportunity for all Canadians to gain awareness of Aboriginal cultures through celebration and is also the nation’s largest event in recognition of National Aboriginal Day.

Over the years, the celebration has grown and received overwhelming support across Canada. Looking back at its roots, Aboriginal Day Live resonates with images of the beautiful mosaic that defines Aboriginal Peoples’ cultures nationwide. It is also a reminder of a flourishing and positively overwhelming sense of pride for First Nations, Inuit, and Métis cultures.

The very first celebration was held outside APTN headquarters. Since then, the event was moved to The Forks and has travelled to set up a twin stage in a different Canadian city for most years.

From Yellowknife to Whitehorse, to Ottawa, to Regina, to Iqaluit, to Halifax and Edmonton, many cities have welcomed the celebration! But this year’s event will be held exclusively in Winnipeg to circle back and mark the event’s beginning.

To mark a decade in the making, the APTN crew has created new elements to make the event its most impressive yet!

If you live in Winnipeg, the surrounding area or if you enjoy going on a road trip with friends or family, APTN invites you to gather at The Forks. Come celebrate for what has become and will continue to be the brightest point of summer. The event is FREE – no tickets or wristbands are needed.

At 11:00 a.m., the spectacular Community Celebration Village opens for everyone. There will be new hand-selected elements from the arts and culture community to contribute to the Celebration Stage. Here, where crowds will flock all daylong, striking and awe-inspiring rotating performances will feature First Nations, Inuit, and Métis groups. A new addition, presented in partnership with MusiCounts and Long & McQuade, is the Instrument Petting Zoo. The area to play for aspiring musicians but everyone is welcome to join this jam space.\

Other crowd pleasers are also returning. In partnership with Rhythm 104.7 FM and Sk8 Skates, the Skateboard Competition is a flurry of flips and tricks. And brought to you by APTN and the Manito Ahbee Festival, the Aboriginal Day Live Pow Wow brings the beat and beauty of song, dance and regalia. The well-known classics of storytelling, cultural demonstrations and live art installations will also energize the festival grounds.

At 7:00 p.m., the main stage will burst with sounds for the Aboriginal Day Live evening concert, featuring select award-winning, and on the rise, Aboriginal musicians and entertainers from across Canada and beyond. If you can’t make it down for the day’s activities, come for the live show. And don’t forget your lawn chair, beach chair or blanket if you feel like having a seat.

No worries if you aren’t the type to pack a lunch or other snacks to keep you going throughout the day. Locally-sourced food trucks and vendors with plenty of food will be there to nourish your tastes. Yes – some of the best moveable cuisine in Winnipeg will be at the celebration. Just don’t forget your cash!

Now for the music, year after year, APTN sets the stage for the Aboriginal Day Live evening concert to provide an opportunity
for Winnipeggers, Manitobans and all Canadians to gain awareness of our cultures through the energy and elation of music and performance. Moreover, the co-hosts bring their dynamic personalities to the main stage!

So, who’s part of the lineup this time around?

While everyone has their own musical preferences, there are a certainly more than a few acts that will suit your tastes. All musicians on the bill are worthy of a listen.

A Tribe Called Red has been influencing the international electronic scene and is part of the rise in the urban Aboriginal youth renaissance. Made up of DJ NDN, Bear Witness, and 2oolman, this trio producer/ DJ crew have created Pow Wow Step – being booked for music festivals and nightlife events around the world.

The next singer needs no introduction. Buffy Sainte-Marie is iconic to the masses.

She’s a Cree singer-songwriter, activist, educator and visual artist whose intergenerational influence is awe-inspiring. With beginnings in the passion of activism and anthems from the 1960s, Sainte-Marie’s harmonies, lyrics, and beats reach beyond folk music.

Sharing the stage during Sainte-Marie’s second half of her show will be 50 members of The Winnipeg Symphony Orchestra and German conductor Alexander Mickelthwate. The WSO has been a fundamental element of Winnipeg’s artistic development since its debut concert in 1948.

Listen to Buffy Sainte-Marie at buffysainte-marie.com

From Toronto, Dragonette has worked with international electronic dance music power players such as Calvin Harris to name just one. The mastermind of singer-songwriter Martina Sorbara and her husband, bassist Dan Kurtz with the addition of drummer Joel Stouffer, the trio has become a global leftfield popster phenomenon.

Check out Dragonette at soundcloud.com/ dragonette or on Instagram @ dragonetteband

Up next is Elisapie, a singer-songwriter and award-winning multifaceted artist who was raised among the Inuk culture of Sallut, Nunavik. With her latest album Travelling Love, a collection of organic pop elements layered with lyrics of English and Inuktitut, the poetry of the north makes a captivating descent south. She’ll be travelling from the metropolis of Montreal.

This is for those of you who enjoy the twostep and more. At 23 years old, Genevieve Fisher is swiftly rising on the Canadian country music scene. Fisher has performed at some of Canada’s largest country music festivals such as Boots & Hearts, Boot Hill Jamboree, and Rockin’ Wheel.

From Toronto is Joey Stylez. He’s a prism of creativity: an award-winning Métis-Cree singer-songwriter, rapper, First Nations activist, fashion designer and more. Stylez is also one of a few who brought Aboriginal rap to the masses that speaks to a farreaching audience

Travelling from Vancouver will be Kristi Lane Sinclair. She’s a Haida-Cree singersongwriter raised in rural BC and a fierce, spirited persona. Both characteristics echo in the essence of her melange of songs and melodies. Sinclair’s do-it-yourself style is woven with grunge, folk, and classical sounds.

Adding sparks to the show, music collaborations have become a significant part of the concert, and this year Dragonette and Joey Stylez will pair-up to perform. For the rest of the details, you’ll need to see it in-person or watch their performance on APTN!

You’re also invited to join the conversation anytime on Twitter or Instagram by tagging their posts with #ADL2016, and the network will share them with its followers. Noteworthy posts that honour the celebration and its happenings could be added to the LIVE broadcast.

That’s the latest for now, but you can keep tabs on Aboriginal Day Live. Be sure to join APTN LIVE from Winnipeg, from wherever you are on all APTN channels, the Aboriginal radio waves, or livestream at aboriginaldaylive.com. 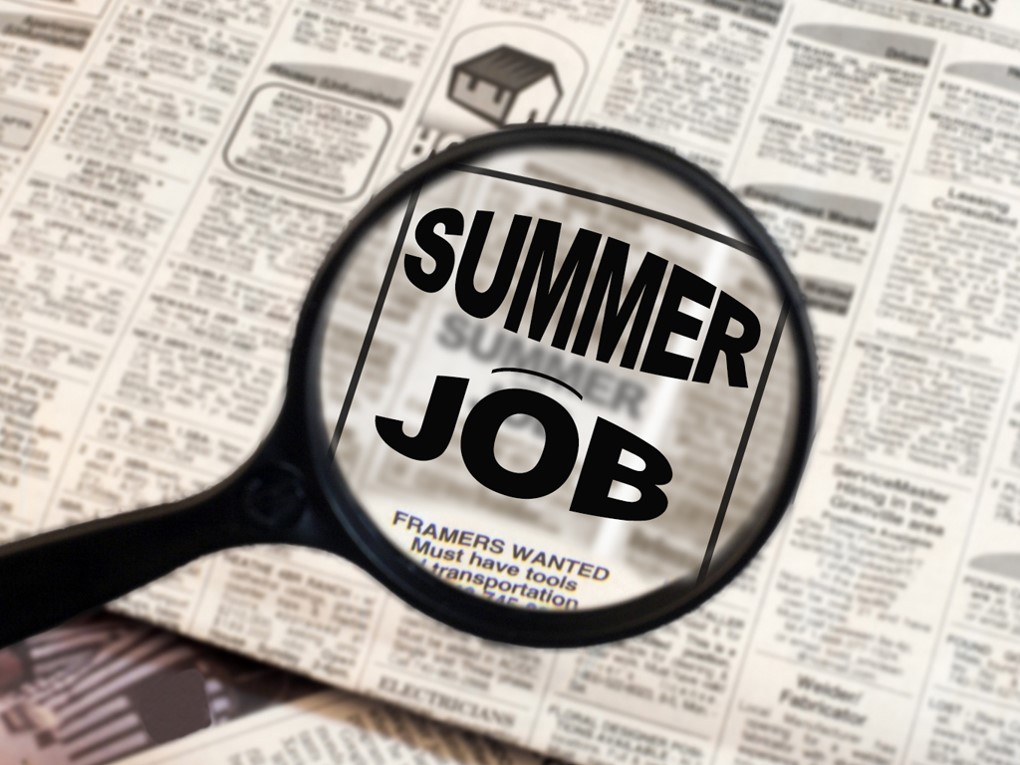 THE VALUE OF A SUMMER JOB 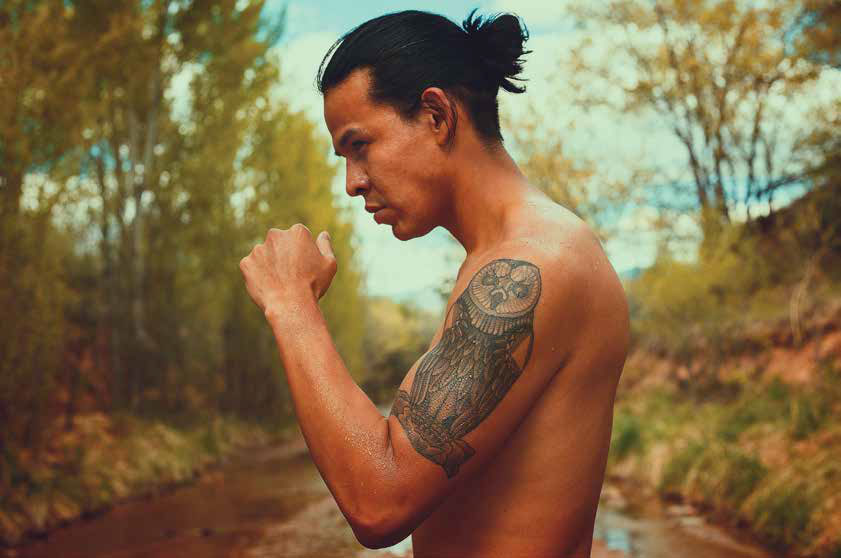