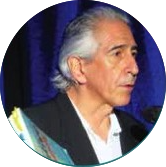 A Dakota-Anishnabe man, he began as a music journalist, radio broadcaster and author of the Encyclopedia of Native Music and executive producer of the 3-CD companion box set the Soundtrack of a People [EMI Music Canada]. He began working as a music journalist in 1979 and continues to write articles and reviews on Native music for numerous publications.

The foremost authority on Native music, Brian was a consultant for the Smithsonian Institute’s Native music exhibit Up Where We Belong and the Library and Archives Canada online archive project Aboriginal Sound Recordings: Music and Song.

As an industry activist he has been involved with the Aboriginal committee for the Juno Awards and worked on the advisory committee that established the Grammy Award’s Native American music category. His knowledge of and passion for Native music inspired the creation of the Native Music Research Institute, a living archive derived from years of work.

In 2011, Fifth House published his first graphic novel, Red Power, which he wrote and illustrated. 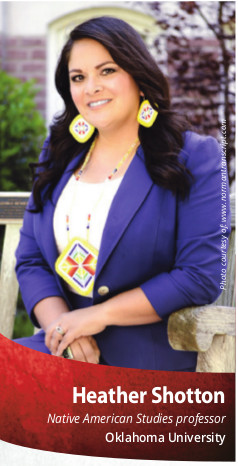