“A nation’s laws are the deepest expression of its culture. They say what we value and how we intend to get along and hold ourselves together as a people.”

Living within sight of the San Francisco Peaks in Flagstaff, Arizona – known as Dook’o’oosłííd to Navajo people”1 – I am mindful of all that is sacred to us as Navajo people. As Dook’o’oosłííd greets me at dawn, I bless myself and talk with this Sacred Mountain of the west. Its presence reminds me of who I am and the many gifts it holds, including life itself; the act of living; and that life is beautiful. Moreover, in my life work as a professor at the Northern Arizona University’s Department of Applied Indigenous Studies (AIS) and a consultant in Indigenous Country, I am reminded of the significance place, tradition, and spirituality has in our way of life and how all are central to Native Nation-Building.

For nearly 30 years, I have developed and taught Native Nation-Building curriculum at several universities as well as Consulted with Indigenous nations in North America and elsewhere to rebuild their governance systems and train people for leadership roles. Many of my students have gone on to careers either in Indigenous governments or working with organizations that serve Native people. Nation-building and leadership skills are essential to rebuilding our nations, with governance and spirituality as the foundation of this process. It is how Indigenous nations organize themselves, make decisions, resolve disputes, demonstrate whether they operate under the rule of law, and what message they send to both their own people and to outsiders about how their nation works.

How do we know if a government is effective? By assessing how it meets and solves a nation’s governance challenges, promotes the community’s interests and holds the community together, and importantly, matches the community’s culture and work. However, no one specific formula exists because “one size does not fit all.” Indeed, varying combinations of the old and the new is a long-standing Indigenous response to problems and opportunities.

Some nations are successfully applying that methodology to governance today. They do so by addressing several common areas of governance: 1) The “Jurisdiction/Sovereignty/Self- Rule” Attitude, 2) Capable Institutions, 3) Cultural Match, 4) Strategic Orientation, and 5) Leadership. Government carries the primary responsibility for creating an environment of good rules—rules that are stable, that reduce uncertainty, and that people trust and respect. Any government—Native or not—that fails to do this will have difficulty improving the health
and welfare of the community it governs.

Ebb and Flow : A Quick History of Federal Indigenous Policy in Canada and the U.S.

The relationship between the Canadian and US federal governments and the Indigenous nations of this land has been inconsistent at best and detrimental to First Nations people at worst.

But today, for the first time in the history of the Canada and the US, Indigenous nations are in a position to re-build their nations from the ground up. They have the rare political and organizational opportunity to substantially reshape their future. The Indian Act Amendments in Canada provided First Nations greater autonomy on membership/citizenship and power to tax land interests.

In the US, the Indian Self-Determination and Education Assistance Act of 1975 in the US shifted control of American Indian reservations (i.e., areas of health, education, land and jurisdiction) toward the local American Indian governments and away from the US federal government. Nevertheless, more jurisdiction needs to be enjoyed by Indigenous nations for greater long-term success to occur.

According to Indian Country Today, upon release of the final report of the Truth and Reconciliation Commission on Indian residential schools, newly-elected Canadian Prime Minister Justin Trudeau promised to “ensure that never again in the future of Canada will students be told that this is not an integral part of everything we are as a country and everything we are as Canadians,” referring to Aboriginal history and culture as he spoke to a standing ovation.

In the US, relations between Indigenous nations and the federal government have also been changing. This was a result of more than 100 years of failed US Indian policies under which the federal government was the primary decision maker in Indigenous Country. Federal policy began to shift in the 1970s in part because of our demand for more self-rule. Clearly there is still room for improvement in many areas but we are heading in a more positive direction.

Reminiscent of the activism 50 years ago, our young people today in Canada and the US are pressing for jurisdiction over resources and the protection of sacred places on Native lands.

People are becoming more vocal about the shortcomings of their own Indigenous governments which were based on Western ideals and not what is culturally-relevant to them.

The Challenges in Indigenous Country

Compared to the past, the 21st century presents different challenges due to a changing world and new technologies. Indigenous leaders today must incorporate traditional values with the mechanism of building modern nations. They must deal with budgets and protecting and sustaining natural resources, politics, education, infrastructure, and infringement of sovereignty by outside parties.

Our leaders must also invigorate their nation’s economy and create jobs because Indigenous people today face the highest rates of poverty and disempowerment worldwide. But that is not all.

Some other critical issues include:

• In 2007, Canada’s infant mortality rate was 5.1. This was significantly higher than the rate in almost all its peer countries.
• The rate of poverty of Aboriginal peoples off-reserve was 15.2% in 2010, compared to 9% of all of Canada.
• Health Canada reported in 2001–2002 that the leading causes of death among registered First Nations peoples were:
1) External causes (accidental poisoning, vehicle accidents, and intentional self harm),
2) Diseases of the circulatory system (hypertension, cardiovascular disease), and
3) Neoplasms (various types of cancer).
• Education: 45 percent of Aboriginal adults do not have any educational qualifications; more than double non-Aboriginal rates. 50 percent of First Nations people leave secondary school without any qualifications. 50 percent of First Nations people live on reserves where there are two times more high-school dropouts than off-reserve.

• Indigenous nations lag behind in health issues and care. The leading causes of death for Indigenous peoples in 2013
include heart disease; cancer; diabetes; chronic liver disease and cirrhosis; stroke; suicide, influences and pneumonia; and kidney diseases.
• American Indian/Alaska Natives have 1.5 times the infant mortality rate as non-Hispanic whites.
• The Centers for Disease Control and Prevention’s National Center for Health Statistics (CDC) state that the most at-risk population for suicide is currently Native Americans: 40 percent of those who commit suicide within this community are between the ages of 15 and 24.
• Violence against women and children is especially prevalent in Native communities. These communities – and particularly Native women and children – suffer from an epidemic of violence. Native women are 3.5 times more likely to be raped or sexually assaulted in their life than women of other races.
• The US education systems are failing our youth. Only 51% of Native Americans in the class of 2010 graduated high school.

While this may appear overwhelming, a reawakening has been occurring in Indigenous Country over the past two decades. Today, more and more Native nations are looking to rebuild their communities through self-governance, spirituality, education, and leadership. They are recognizing the keys to successful, sustainable development lie in how Native nations govern themselves. As the Harvard Project on American Indian Economic Development has indicated, the economic development challenge is first and foremost a political challenge. A dynamic economy led by educated, culturally- and spiritually-strong, effective leaders is vital to communities achieving socio-economic independence and success.

Hope for the Future

During my years of teaching and working with Indigenous nations on Nation-Building, I am frequently asked about what the long-term future looks like.

I am greatly encouraged.

I am encouraged by the aspirations of the students I teach who will take their knowledge back to their Native nations
for the betterment of the people. At the AIS Tribal Leadership Initiative, we are ensuring they are equipped with the
education and the practical skills they need to be successful and make a difference in their communities. Our Nation-Building II course places students out in the field to coordinate problem-solving on specific issues with Native leaders. They are exposed to Indigenous cultures other than their own, sharing what they’ve learned and also learning in the process.

I am encouraged by Native nation leadership and people who are setting aside ineffective governance created by federal legislation to create Indigenous-inspired governments that work for them. They are creating governance that reflects who they are as a people. We have seen successful Nation- (re)building by the Mississippi Choctaw, the Winnebago Tribe of Nebraska, Cochiti Pueblo (NM), Membertou First Nation (Nova Scotia), Citizen Potawatomi Nation (Oklahoma), Ktunaxa First Nation (British Columbia), Meadow Lake Tribal Council (Saskatchewan), and Prince Albert Grand Council Saskatchewan to name several. While restructuring their governments and building their economies, they honor their past while creating the vision of who they will be in generations to come.

Yes, I am encouraged by the renaissance in Indigenous Country. We have made progress in many areas and continue to do so. At the AIS Tribal Leadership Initiative, we acknowledge that while education is important in forging economic development, education is a means to the ultimate goal of maintaining and strengthening culture and language. That is, bolstering and maintaining identity is the REAL goal of economic development and Indigenous
Nation-Building. It is truly the way of Indigenous peoples.

Manley A. Begay, Jr.  is currently a professor in the Department of Applied Indigenous Studies (AIS), and Department of Politics and International Affairs, College of Social and Behavioral Sciences. Professor Begay is also an affiliate faculty member of the W. A. Franke College of Business at Northern Arizona University, Flagstaff (NAU).
Professor Begay joined the NAU faculty in fall of 2014. Beginning in 1997, he has also been co-director (with Professors Joseph Kalt and Stephen Cornell) of the award-winning Harvard Project on American Indian Economic Development at the John F. Kennedy School of Government at Harvard University. Since 1987, the Harvard Project has worked for and with Indigenous governments, enterprises, organizations, and communities worldwide providing research, advisory services and executive education on issues of nation-building and economic development. At NAU, he has primary responsibility for teaching about Indigenous Nation-Building, Navajo Philosophy of life, and developing the Tribal Leadership Initiative.

Professor Begay is recognized nationally and internationally as one of the primary planners and designers of the now-accepted theory of how Indigenous nations and communities build nations that work – Indigenous Nation-Building. In the course of his academic and consulting career, Professor Begay has extensively researched, published,and lectured widely on the development of Indigenous communities and their resources.

Furthermore, his research and consulting experience has focused on projects about and for Native nations in the promotion of strong and effective institutions of governance and leadership. He has worked closely with Native nations in the United States, First Nations and Bands in Canada, Aborigines in Australia, and Maoris in Aotearoa (New Zealand).

He received his doctorate at Harvard Graduate School of Education, Harvard University in 1997. He is a citizen of the Navajo Nation. His Maternal Clan is Ma’ii Deesgiizhinii (Coyote Pass – Jemez Clan) His Paternal Clan is Taachii’nii (Red Running into the Water People). His Maternal Grandfather’s Clan is Lok’aa dine’e (Reed People). His Paternal Grandfather’s Clan is Todichi’ii’nii (Bitter Water) . 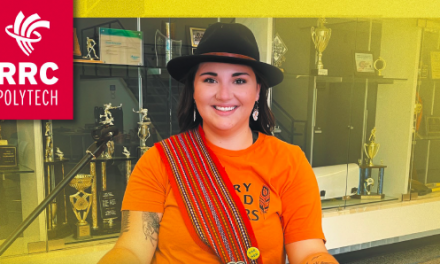 Education and Self-Determination: Finding Your Path to Sovereignty