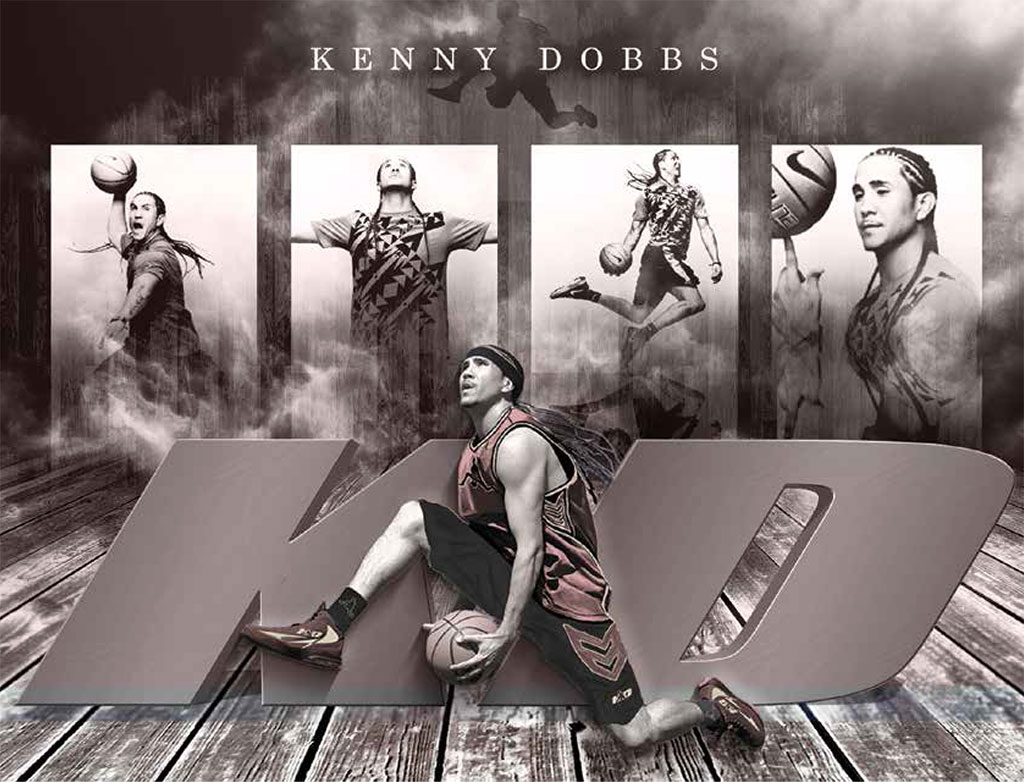 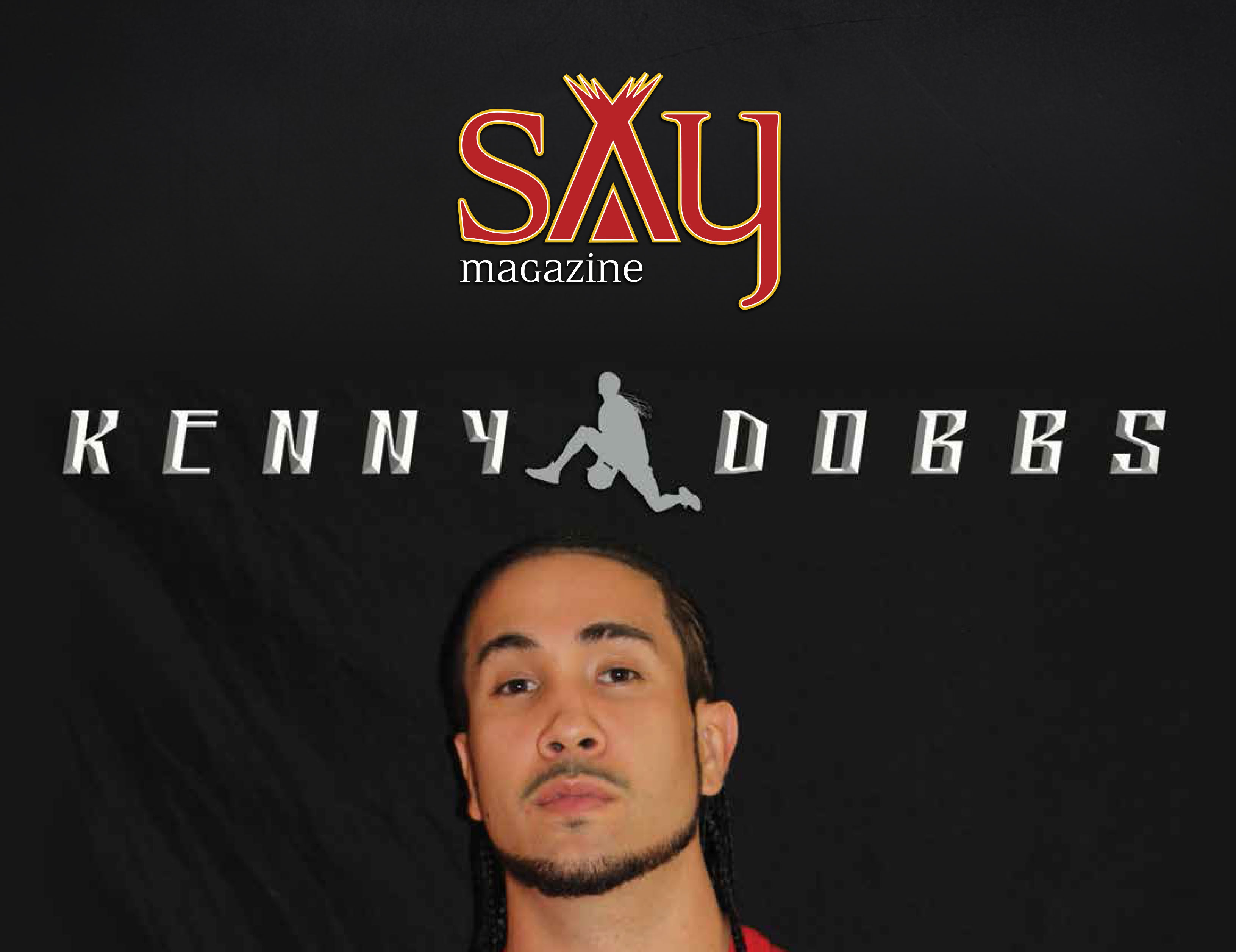 Kenny Dobbs, member of the Choctaw Nation of Oklahoma and International Slam Dunk Champion, has accomplished the unbelievable in his young 30 years of life.

Growing up in a drug and gang related environment, Dobbs took a turn for the worst in his childhood years. “As a child, being exposed to drugs and alcohol, I was exposed to negative activity by the ones I looked up to most,” says Dobbs. Curious, confused about life, and having a sense of wanting to prove he could “hang with the older crowd”, Dobbs started his path into drugs at the age of 11 years old. The lifestyle Dobbs chose, only lead to a hurt and confused young man being moved from one school to another for violent behavior, and into his teen years, Dobbs found him self kicked out of his parent’s home, house-hopping, selling and using drugs, and completely dropped out of high school.
Like many youth of our generation, Dobbs was altered by the negative influences of his family, friends, music and movies; it was through these negative influences, which shaped his life. With a very narrow path ahead of him, Dobbs found himself sitting in a jail cell for burglary. “It wasn’t until I was sitting in that cold, dark cell that I realized the future I had set up for myself,” says Dobbs.

In that moment of reality, Dobbs said his only hope was to cry out in desperation to our Creator for a second chance, “I made a promise to God that I would completely change my life around.” Dobbs was looking to serve 6-9 years in prison for being the main leader in a violent heist. During Dobbs’ court hearing the impossible happened. The arresting officer and the witness to the crime did not show, and the friends involved in the burglary took ownership for their doing.

Miraculously, Dobbs was free to go after paying court and destruction of property fees. “I was in shock and completely humbled at the same time. I remembered my promise and was determined to get my life in order.”  Dobbs made a promise to God to live his life from that day forward focused and goal minded as an example to everyone around him. Since then, he’s done exactly that plus more!

At the age of 17, with only 3.5 of a high school credit, Dobbs was goal minded and headed down the hard path of receiving his high school diploma. Through two years of hard work and dedication, with no spring breaks or summer vacation, Dobbs accomplished the first goal he ever set his mind to, “Receiving my diploma, and not settling for just a GED, was one of my most proud moments and first goals I ever fully accomplished in my life!”

Dobbs has gone on to accomplish several other major achievements, from attaining a basketball scholarship as a walk on, winning over 50 dunk competitions leading up to him being awarded the Sprite National Championship trophy by Labron James, to getting drafted into the NBA D-League with the Dallas Mavericks organization.

Now being recognized as the best slam dunk artist in the world and an award winning motivational speaker, Kenny spends his time traveling the globe inspiring and motivating youth to rise up, overcome their obstacles and pursue their dreams!

One particular mission Dobbs has kept close to heart is inspiring and uplifting his Native brothers and sisters, “As an adult, it came to my attention that the statistics of our Native youth drop-outs were twice the national average and it broke my heart.” In 2013, Dobbs launched a national all-native program exclusively to impact tribal communities throughout the U.S. and Canada.

His program “UpRise Youth Movement” has been featured by national media outlets for his work with tribal health and education departments. Using basketball as his vehicle, Dobbs takes his message of hope on the road performing at school assemblies, community events, hosting camps and tournaments, being featured as a key-note speaker at youth conferences and organizing group workshops that focus on substance abuse, anti-bullying, drop-out, gang, and suicide prevention, including, topics like self esteem and living a healthy active lifestyle.

Dobbs is currently scheduling events for his new “Dream Catcher’s” Tour. Every show is packed with exciting Slam Dunk Entertainment and plenty of positive messages that touch on crucial issues for today’s generation. There is no better way to encourage youth and families to live a healthy and positive lifestyle, than to have a professional athlete show them what’s possible when you set goals and believe you can achieve them!

Kenny’s motto of “Don’t Just Chase Your Dreams, Capture Them” is brought to life by a visual demonstration that highlights his success from Dunk competitions, T.V shows and movies.  “A dream is just like making a wish, it only exist in your mind until you put it down on paper, then it becomes a goal, we all have to create a plan of action in order to capture what we want in life” 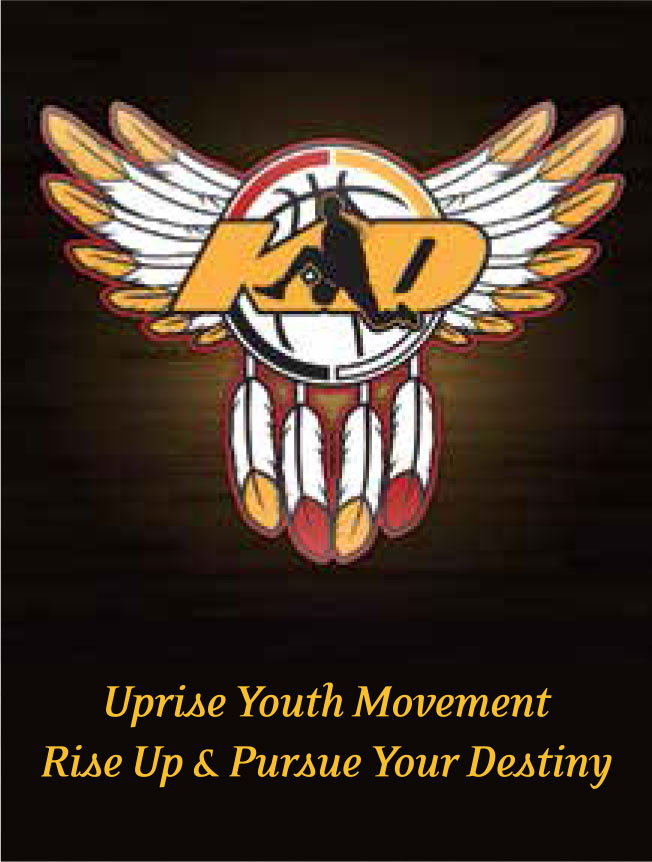 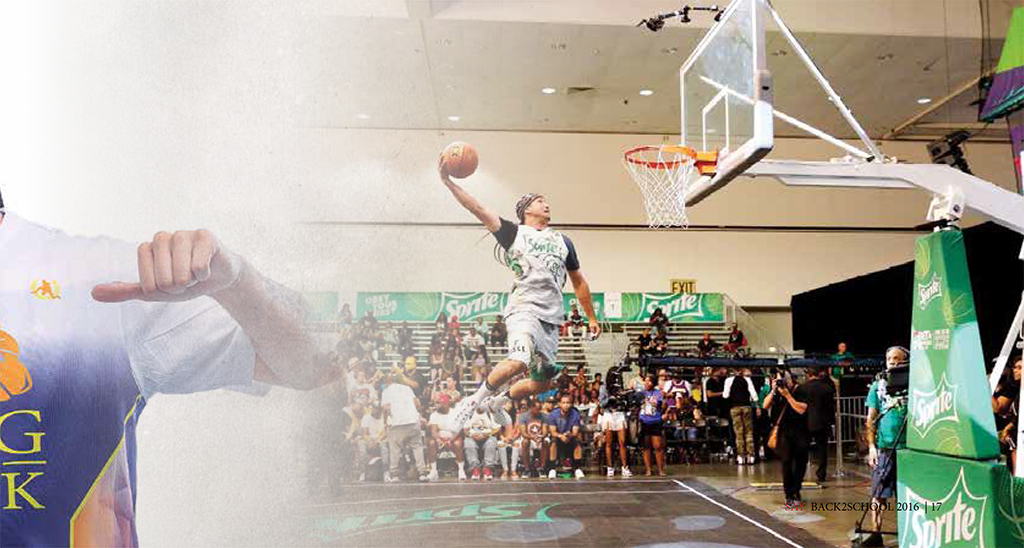 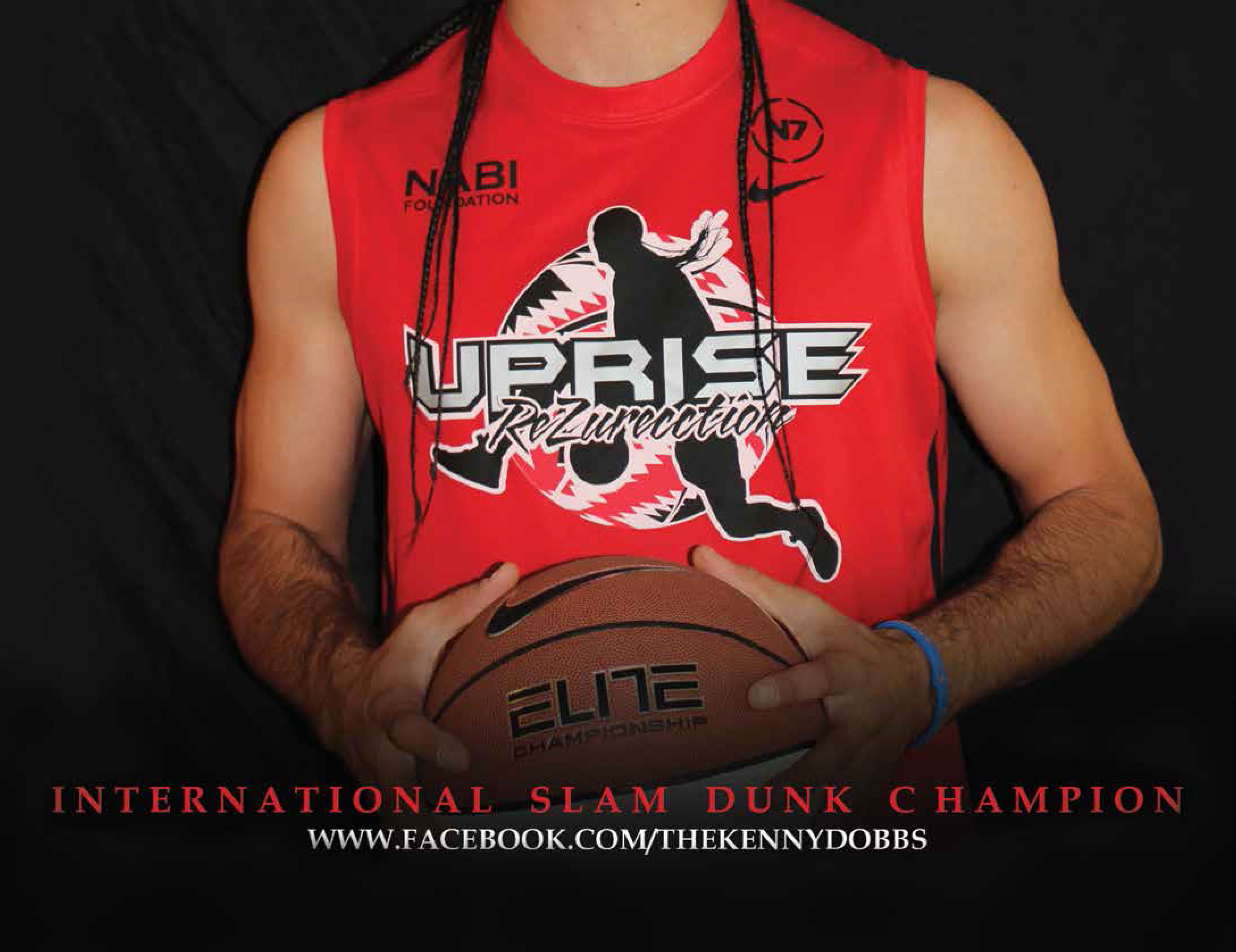 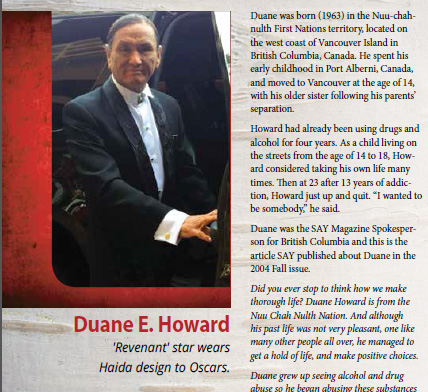 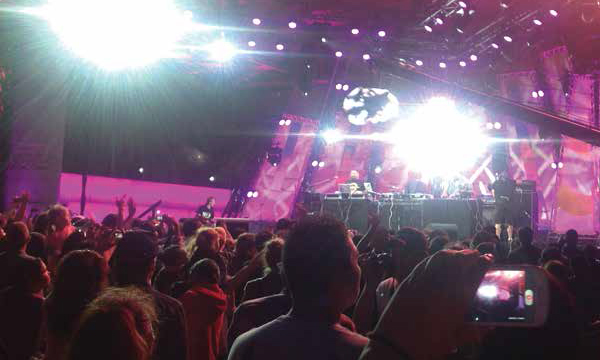 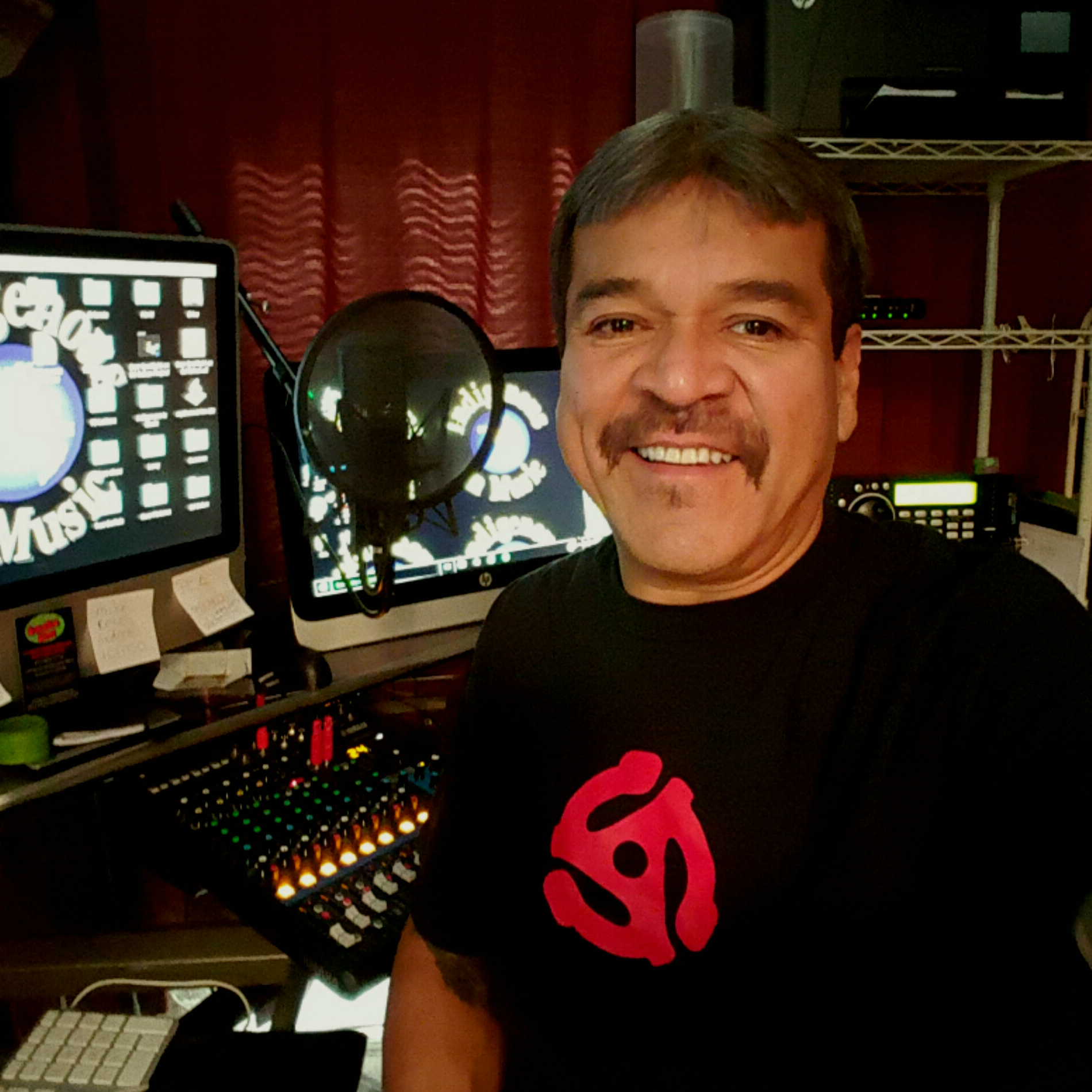