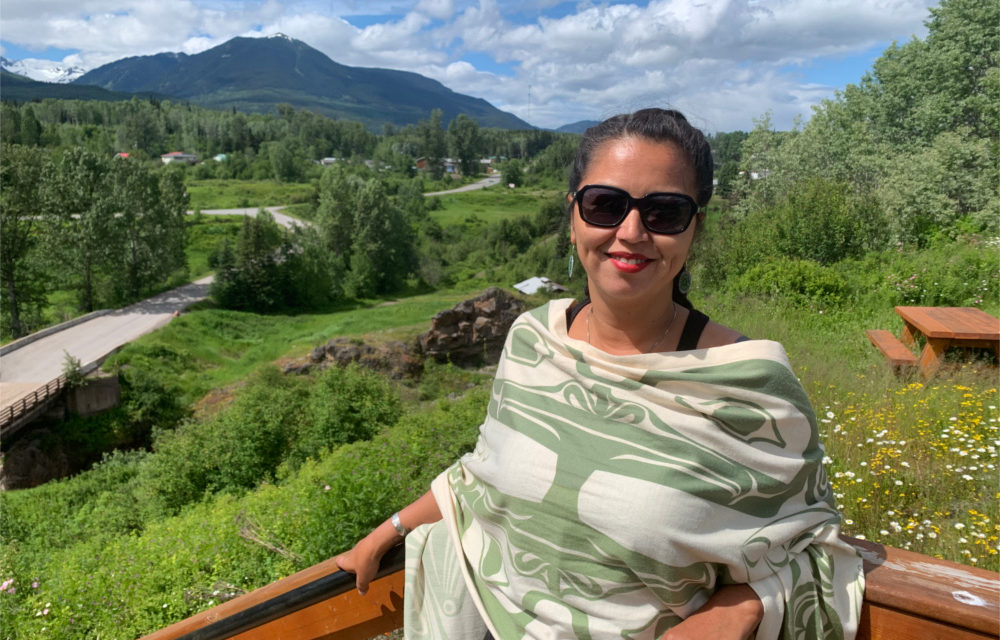 Denise Halfyard wears many hats, all of which focus on inclusivity and connection through Indigenous arts and culture. She is a seasoned voice-over artist and owner of Aboriginal Buzz. Her most recent venture is The Frog Radio. Launched in September, The Frog Radio is a unique station that plays only Indigenous music, all day, every day. As the founder and CEO, Halfyard set out to create a radio station unlike any other—a platform for Indigenous artists, aspiring and well-established, to share their talent and culture with the world. The Frog Radio is constantly adding to its roster, and we just couldn’t wait to talk to Halfyard about the music, the artists, and the story behind the creation of her latest project.

SAY: What is the story behind the name, The Frog Radio?

Halfyard: I am Wet’suwet’en, Tshimshian and Gitxsan from Northern British Columbia. I was raised in Terrace, British Columbia. My mom is Wet’suwet’en, and we are a matrilineal culture. I follow my mother’s clan, Laksilyu, which means Small Frog. So, The Frog Radio just made sense. It’s very personal. I also designed the logo myself. I am technically not an artist, but I was sketching out a pattern for a pair of frog earrings one day and later decided to use that pattern. I’m really proud of it.

SAY: What made you decide to host an all-Indigenous online radio station?

Halfyard: Last year I was listening to a podcast and I was introduced to the singer iskwē. I immediately looked her up, listened to more of her songs and became an instant fan. I thought, “Man, this girl is good! I need to find more of this kind of music.” I know there are many talented Indigenous artists across Turtle Island, but she really opened my eyes to a wide range of genres out there. As much as I appreciated the many stations that feature Indigenous music programs, it was rarely at an opportune time for me to listen. So, I concluded that we needed a place where we could listen to Indigenous artists all day and whenever we want. That’s what got me started.

SAY: The launch was very recent. What motivated you to start this fall?

Halfyard: At first it seemed like a mountain of a project, but after a year of humming and hawing, I decided I wanted to do it. In June, my grandmother passed away. It was after her traditional burial that I decided I was going to do this for her, in her memory. To carry and pass on tradition, cultural teachings and songs. So I put out the call to artists in July, asking them to send in their music as well as reaching out personally. I thought if by the end of September I had 100 songs, I would be happy. I launched September 21st and I had over 800 songs, and it’s growing all the time! In just the first week of collecting music, I had a collection from coast to coast, from Vancouver Island to Nova Scotia.

SAY: Your slogan is We Are Still Here. What does that mean?

Halfyard: As many know, Canada has a shameful history. They tried to wipe us out but didn’t succeed. Today, we are singers. We are lawyers. We are teachers. We are writers. We are filmmakers. We are still here! It’s meant to empower every Indigenous person who hears or sees it.

SAY: You play music from all over Turtle Island; do you have a favourite segment?

Halfyard: I came up with an idea to start your day with healing, soothing music called Morning Medicine. It’s musical medicine for your soul—all instrumental, chanting and drumming. I love that none of the songs have any english language. But that’s not all The Frog Radio is. We play it all, from hip hop, to country, to pow wow, electronic and everything in between. As mentioned earlier, my eyes have been opened to the many diverse genres covered by talented Indigenous artists.

SAY: How is your station inclusive of all Indigenous artists?

Halfyard: One of the first musicians to send me his music was a guy from Ladysmith, British Columbia. He reached out and said, “I only have two songs. Is that okay?” and I said “Yeah, for sure!” This station is made for artists like that. You don’t have to have a whole album, and you don’t have to have thousands of followers. As long as you have a clean professional recording and you own the rights to your music (because we’re SOCAN and BMI affiliated which means royalties get paid) we will add it to our catalog. I want to give Indigenous artists their own platform where they can be celebrated and heard. So, if there are any artists who are teetering on whether or not they should record their song, do it! You have a place to be heard.

SAY: What can people do to help amplify and support your work?

Halfyard: Listen at thefrogradio.com! Buy a t-shirt! Submit your music! If you have suggestions of artists that you haven’t heard on the station yet, let me know and I will try to get their music added to our collection. Follow us on social media and share with your friends! 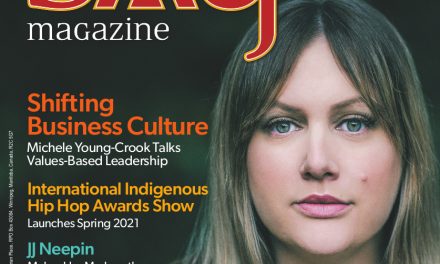 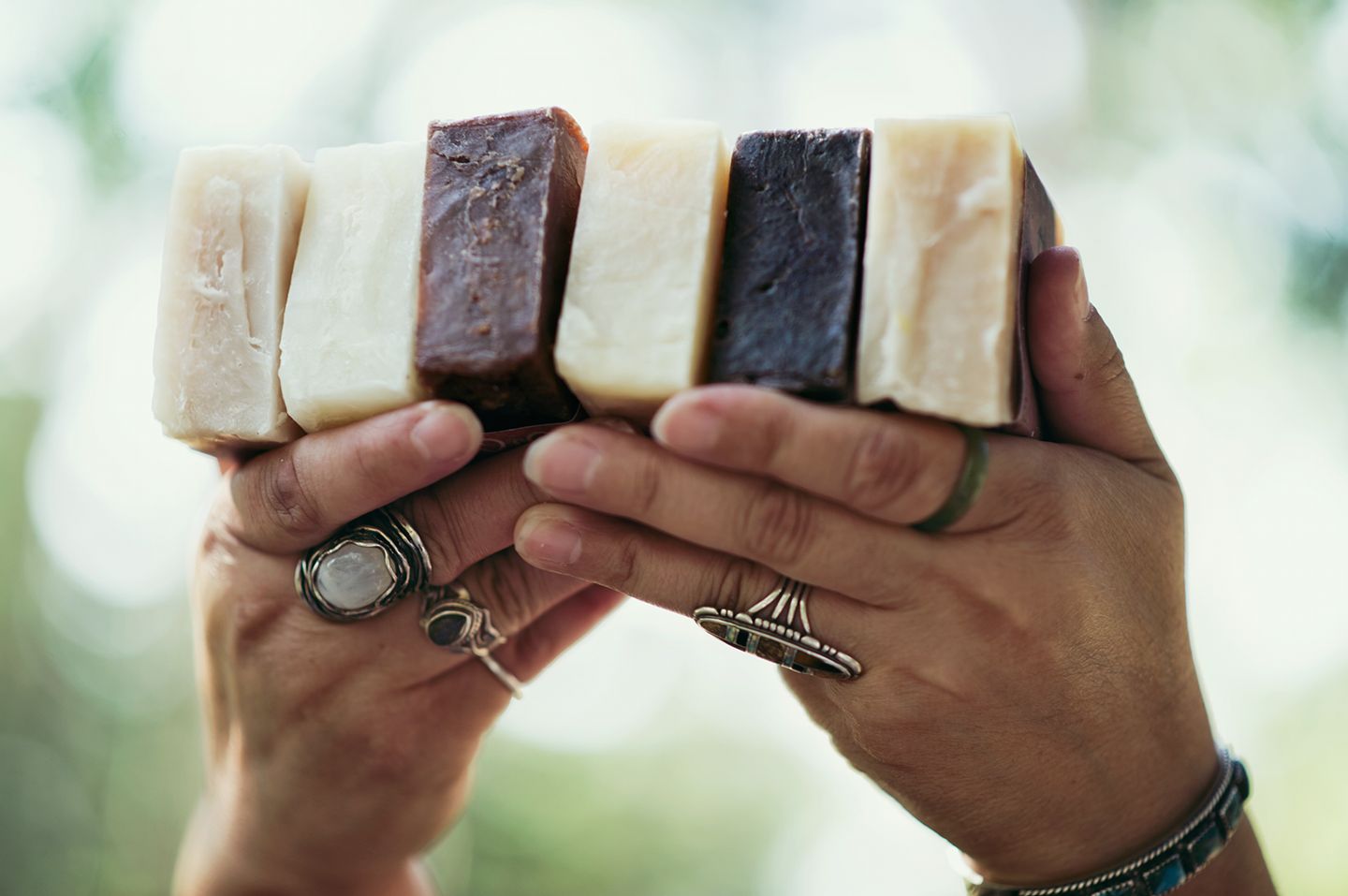 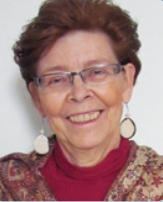 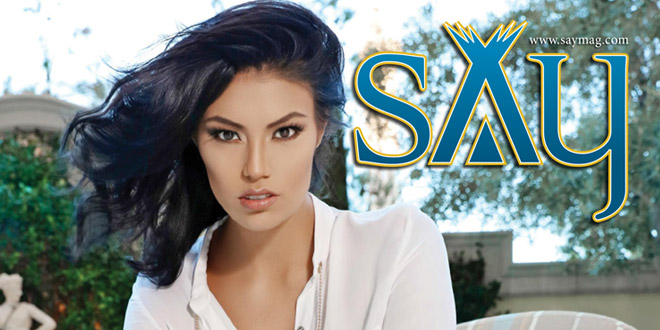